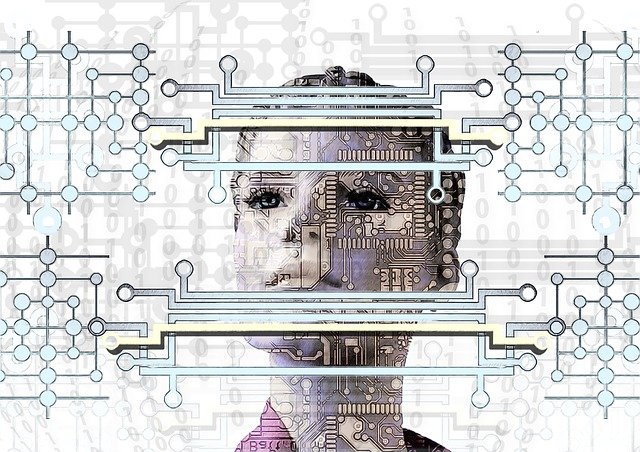 Artificial intelligence (AI) is a relatively simple concept with extraordinary implications. The term was coined by American computer scientist John McCarthy in 1956, who is widely recognised as the father of artificial intelligence. It’s used to describe a form of intelligence exhibited by machines, in comparison to the “natural” intelligence demonstrated by human beings and other animals.

Since its advent in the 1950s, artificial intelligence has evolved into a sophisticated and highly complex field used across a wide range of sectors. From medical research and genetic sequencing to self-driving vehicles and virtual assistants, AI has infiltrated our daily lives and is now considered the norm.

Machine learning is a term that’s often grouped together with artificial intelligence. While the two share similarities, they describe different concepts. AI is a wide-reaching term used to describe the ability of machines to simulate human intelligence.

Machine learning is a subset of AI and describes the process by which a computerised system builds intelligence. A computer or robot equipped with machine learning capabilities is able to learn information and develop intelligence using pre-existing data. This eliminates the need to pre-programme machines and allows for the evolution of artificial intelligence.

Want to know more about how artificial intelligence is used for everyday applications? From smartphones to climate change data, read on to discover how AI is helping not just scientists, but everyday citizens.

Leading smartphone manufacturers such as Apple and Samsung equip devices with powerful AI chips capable of performing trillions of operations per second. These chips are what power everything from Face ID to high-resolution camera zooms.

From Facebook and Instagram to Google Ads, artificial intelligence is harnessed by the biggest tech giants. AI systems work behind the scenes to personalise social media feeds, create custom playlists, filter out fake news and tailor what online advertisements are seen.

NASA was an early pioneer of artificial intelligence and continues to use it across a wide range of applications. For example, a group of NASA researchers recently used AI to calibrate images of the sun and enrich data.

Artificial intelligence has reimagined the limits of genomics and made enormous contributions to medical and disease research. The 100,000 Genomes Project relied heavily on AI systems to transform mountains of data into useable information. These AI technologies allowed researchers to analyse and compare DNA sequences, then use the data to predict the three-dimensional structures of proteins. By automating the process, Genomics England was able to achieve years’ worth of data analysis in a matter of weeks.

Asset management is another field where AI is making its mark. Find out more in ‘Building Efficiency into Assets Management – Can AI help the Process?’