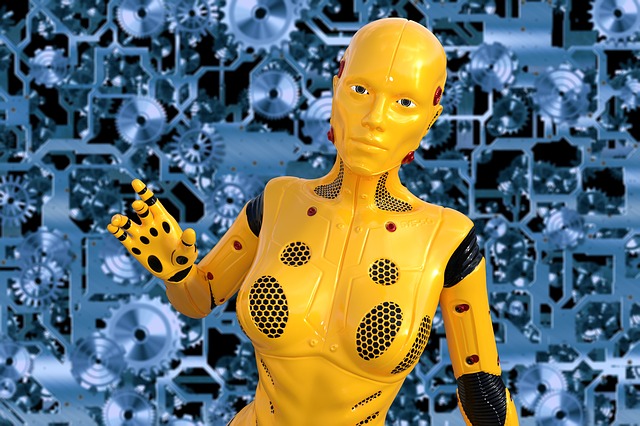 Our previous blog posts, Artificial Intelligence as the Inventor of Life Sciences Patents? and Update on Artificial Intelligence: Court Rules that AI Cannot Qualify As “Inventor,” discuss recent inventorship issues surrounding AI and its implications for life sciences innovations. Continuing our series, we now look at the appeal recently filed by Stephen Thaler (“Thaler”) in his quest to obtain a patent for an invention created by AI in the absence of a traditional human inventor.

As we previously reported, on September 3, 2021, the U.S. District Court for the Eastern District of Virginia ruled that an AI machine cannot qualify as an “inventor” under the Patent Act, in a case that Thaler filed seeking, among other things, an order compelling the USPTO to reinstate his patent applications. Those patent applications name an AI system called “Device for Autonomous Bootstrapping of Unified Sentience” aka “DABUS,” as the sole inventor. Thaler, who developed DABUS, remains the owner of any patent rights stemming from these applications. The first application is directed to a design of a container based on fractal geometry. The second application is directed to a device and method for producing light that flickers rhythmically in a specific pattern mimicking human neural activity.  According to Thaler, he could not list himself as the inventor, as he did not contribute to the conception of the inventions; instead DABUS performed what is traditionally considered the mental part of the inventive act.

On appeal, Thaler argues for an expansive reading of the Patent Act’s inventorship requirement on both technical and policy grounds. He asserts that the plain language of the Patent Act permits patents to non-human inventors because terms like “individual,” “person,” and pronouns referring to such entities are broad terms not limited to natural persons, and in their plain meaning can include AI. Thaler further argues that the USPTO is being inconsistent with its interpretation of the language of the Patent Act in limiting these terms to mean natural persons when it comes to AI inventorship.  For instance, 35 U.S.C. § 271(a) uses the term “whoever” to refer to infringing entities and the USPTO in the past has interpreted “whoever” to mean either a natural person or not a natural person.  Thaler also points to the Patent Act’s use of the term “person,” and not “natural person,” as evidencing a deliberate choice to not exclude a broader category of inventors.

Existing case law that precludes corporations and state sovereigns from qualifying as inventors are inapposite according to Thaler because when a corporation files for a patent application, there will always be at least one natural person who qualifies as an inventor and can be named as such on the patent application. The same is not true for AI. Cases contrasting corporations with “natural persons” do not address the question posed by an AI-generated invention and should not be read more broadly than the scope of the questions presented in those cases.  As Thaler states in his appeal brief “[n]o case states a general principle that language like ‘individual’ or “person,” and subject pronouns must mean a human being, because similarly anthropomorphized language can refer to entities that are not natural persons, and such language has been interpreted to include other entities.”

According to Thaler, another reason the plain language of the Patent Act permits patents to non-human inventors is that there is no “conception” requirement prohibiting patents on AI-generated inventions. Conception has been defined as the formation in the mind of the inventor of a definite and permanent idea of the complete and operative invention. Because both of the patent applications-in-suit meet the enablement and written description requirements, they by necessity contain a definite and permanent idea of a complete and operative invention. That is, according to Thaler, the filing of each patent application itself serves as conception and constructive reduction to practice of the subject matter described in the application. Further, Thaler argues that, historically, conception was only relevant to establishing priority of inventorship (e.g., in an interference proceeding or antedating a prior art reference) and thus ownership of a patent application, but not as a basis for denying patent protection.

Finally, Thaler proposes that granting patents to AI-generated inventions is consistent with congressional intent in that granting patents to AI-generated inventions encourages inventions, their public disclosure, and their commercialization. According to Thaler “[i]t would run contrary to the purpose of the patent system to only allow an AI’s owner to own AI output as a trade secret but not to encourage the information’s disclosure in return for patent protection.” Thaler argues that interpreting the Patent Act’s language to advance its purpose is particularly appropriate where, as here, there is no evidence that Congress anticipated and legislated for AI-generated inventions. Thaler further supports this point by noting that as technology has advanced, patent law has historically evolved to accommodate and further encourage such advances. On the other hand, excluding an entire cutting-edge class of inventions from patentability would undermine the patent system and ultimately frustrate innovation. In Thaler’s words: “While other countries are promoting the progress of science, the USPTO is belatedly adopting luddism.”

We will continue to monitor this appeal as it has important implications for life sciences companies employing AI technologies.