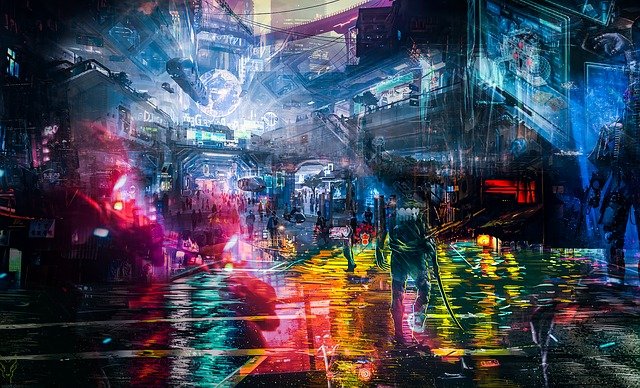 A company called BluWave-ai plans to use what it has learned from working with the Summerside electric utility over the last three years to expand its work to smart grids around the world.

The new Canadian Smart Grid AI Centre of Excellence will also give university researchers a real world opportunity to test new products and concepts that take advantage of artificial intelligence, or AI.

“When we started BluWave-ai, as you can imagine, as a high tech-startup, you don’t have a lot of budget to put up wind farms and solar panels and battery storage, and you don’t have a grid to meter up,” said company CEO Devashish Paul, who is based in Ottawa.

“So we embarked on a path to find suitable partners in the Canadian electricity market who may have some of those assets, and we figured that we’d have to get wind somewhere, solar somewhere else.”

On the recommendation of a smart grid expert at Natural Resources Canada, the company reached out to the City of Summerside.

“They actually have everything. They have local generation assets, wind, solar, diesel backup. They have a great connection. They’ve invested in battery storage, fully metered smart grid,” Paul said.

In 2017, Summerside was way ahead of Canada and actually much of the rest of the world.​​—Devashish Paul, BluWave-ai CEO

“Fast forward to last fall, when everyone met in Glasgow for COP26, and they talk about the energy transition. In 2017, Summerside already had all the building blocks in place that the whole world is talking about in 2021 to go decarbonize the planet.

“In 2017, Summerside was way ahead of Canada and actually much of the rest of the world.”

Summerside Electric, the city-owned utility, generates power through a combination of wind turbines and a diesel generation plant. (Jane Robertson/CBC)

Other executives are also fans of the city.

“I was definitely familiar with Prince Edward Island before,” said Mostafa Farrokhabadi, vice president of technology for BluWave-ai.

“But I wasn’t really aware of the degree of advancement and complexity that the City of Summerside grid has, making it an ideal platform for us as a young company to basically prove our technology.”

The company began working with Summerside’s electric utility in 2018, with the software going live in 2019. It uses algorithms to determine energy needs.

“It was leaving money and carbon on the table, not as efficient as it could be.”

In 2019, BluWave-ai began using its AI software at the Summerside electric utility, culminating in November 2021 when the company and the City of Summerside announced they now had the first end-to-end AI-optimized smart grid in North America.

The company described what it has been doing in Summerside as a living lab program.

“Our big vision for BlueWave-ai is basically that anyone can set up an account on our platform, and they can take existing models and then they can plug their data in from their utility, and convert the AI models — it’s called training — to then do what’s going on in Summerside at their own utility,” Paul said.

Paul said the company has set up a research centre in Summerside, and will be hiring people locally to keep adding to the cloud platform as part of the Canadian Centre of Excellence.

“What will end up happening moving forward is other utilities in Canada will actually be able to benefit from the platform,” Paul said. “We have other customers and partners of ours in India, in the U.K. and U.S. market that are already part of this platform.”

“What we’re doing is providing that platform to outside-world researchers to get access to actual operating data, and making sure that they can use that data for development of their techniques and tools,” Farrokhabadi said.

Those researchers will then be able to craft practical tests and “use that for benchmarking, and apple-to-apple comparison.”

The website of city-owned Summerside Electric says the utility uses the power of the wind to fulfill 46 per cent of residents’ energy needs. (CBC)

Paul said the company makes money through the initial testing, but also in the longer term.

“Initially, they test with our software and they pay us to see the tests. In effect, it’s a consulting service at the front end when they’re doing the testing, because they’re trying to see the possibilities,” Paul said.

“Once they see the possibilities, then they pay us on an ongoing basis to use the software, to save them money and decarbonize their operations.”

Paul said the next step for BluWave-ai and for the City of Summerside is the new Sunbank project, with large-scale solar and battery storage, which will allow Summerside the capacity to operate with 100-per-cent renewable energy.

Summerside Electric, which recently celebrated its 100th birthday, is one of very few city-owned power utilities in North America. (CBC)

“Summerside is setting the stake in the leadership ground nationally and internationally on what’s possible with a fully renewable energy, complemented with [an] AI smart grid system that is not burning through any carbon at all.

“What Summerside is doing is what everyone at COP26 is talking about. And the rest of the world will be looking at this and going, ‘Okay, that’s how you do it.'”