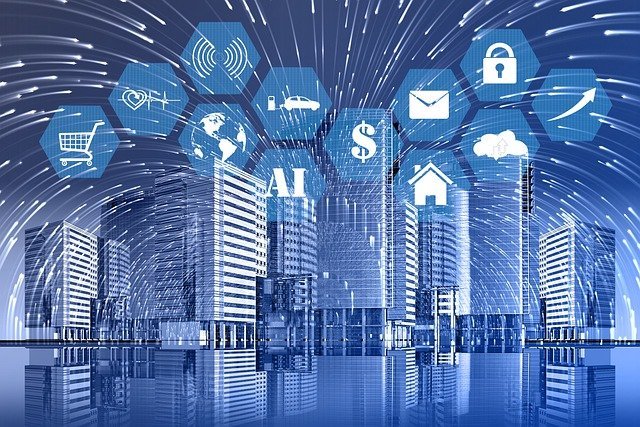 Former Google chief exec Eric Schmidt’s new book (co-authored by Daniel Huttenlocher and, strangely enough, Henry Kissinger) on humanity’s relationship with artificial intelligence (AI) sounds a note of caution, saying AI is “altering the human relationship with reason and reality.” In the press, he has said that he’s equally scared and excited by the AI future – a dualism of promise and peril familiar from science fiction. So should be we be excited or terrified? We asked some experts from The Drum Network.

Remember when landline telephones could kill you? No, me either. But early in the life cycle of telephone technology, The New Yorker reported that people thought telephones were dangerous. “They weren’t human, they popped or exploded … [People] were afraid that if they stood near one in a thunderstorm they might get hit by lightning. Even if there wasn’t any storm, the electric wiring might give them a shock. When they saw a telephone in some hotel or office, they stood away from it or picked it up gingerly.”

Or remember when more people were suspicious about using a microwave?

With any developing technology we should be excited. The development of AI is inevitable and we should embrace this. We should work to understand its impact on individuals, businesses and society, and if we can make this tech clear and understandable then we all get to make better and more informed choices.

AI, like most tech, is an opportunity to do tremendous good as well as being used for less appealing tasks. It’s a way of working with computers to speed up things such as health screening and disease mapping, supporting bee colonies and creating new tools for people with disabilities.

It can, of course, also be used in weapons and to automate finance, both areas that could have catastrophic impact if misused. We humans are still so important, as guides and overseers who work out where technology is best used and where it is maybe better left out.

People have always worried about new technologies, and rightly so. It’s good to be cautious, but also act with excitement and the intention to understand the inevitability of it, rather than approaching new ideas with fear.

AI is hardly new. Even the criminally underrated Steven Spielberg film is 20 years old, while the US government’s AI site describes a meeting of minds in Dartmouth in 1956 as a watershed moment. So why are we still struggling to get to grips with it?

We’re already discovering that a world influenced to an increasing degree by algorithms is already producing undesirable side effects. Algorithms are prosaic, taking human-defined ‘if-this-then-that’ functions and defined outputs, compared with AI, which takes more initiative in coming up with solutions to complex problems based on the data it receives – defined, structured or otherwise.

Eric Schmidt will be acutely mindful of the perceived loss of control of the influence of social media algorithms, and the societal harm that is being attributed to the cumulative effect of giving people, in theory, more of what they want. And this is before we cede control to the machines.

Not all of the trepidation is based on the mistrust of potentially unknown outcomes from a computer. A lot of literature (and committees at government and supranational level) is devoted to ensuring ‘trustworthy’ implementation. Couple this with an international race for AI supremacy, and you realize just how critical the parameters given to the machines have become, and how wide-ranging the impacts will be.

We don’t have real AI in operation right now. What we have is a lot of data crunched and analyzed using machine learning (ML), which we narrowly define as AI.

ML has been applied across industries, from filters on Snapchat to traffic management. Like any technology, its use depends on how we as humans implement it.

We can implement AI to segregate populations or deny mortgages in seconds without looking any deeper because it’s faster. For those cases, we have no legal or regulatory framework, which I think is needed. Especially when – right now – we have no idea how certain AI, such as autonomous vehicles, even comes to the decisions necessary to get it to drive.

Am I terrified or excited about AI? I think it’s a bit of both. We were all excited with the dawn of the internet, and now we have Facebook.

It’s 50-50. We need to remember: don’t use technology for technology’s sake. AI is boosting developments in the medical and communication industries. That’s got to be a good thing. But AI can actually be anything – at its simplest, it’s merely a process that achieves what you ask it to do, whether that’s automating mundane administrative tasks or serving the right ads.

The biggest mistake a brand can make is to initiate technology without thinking about audience reaction or end purpose. Whether it’s creating avatars, exploring metaverses or using AI, technology needs to be considered by the value it can offer, rather than as a nice-to-have or a ‘have’ because the competition is doing it. In a business context, not everyone wants a metaverse experience. Which chief executive has the time and inclination to make themselves into an avatar?

Perhaps the most exciting potential for AI is the role it will play in engagement. We all like to engage, whether socially or from a business point of view. You don’t go to a concert, watch a film or attend a meeting unless you get some form of positive engagement. So how can AI help this?

A day of virtual meetings on screen can lead to mental exhaustion, which could be relieved with an avatar. It moves like a human and should reduce screen stress while maintaining productivity. But this could open a can of worms. We might start to ask ourselves: how do I choose my avatar, and what does it say about my body image and perception?

AI in marketing is becoming more understood and accepted as an enabler for growth, placing emphasis on data as a driver of competitive advantage.

While there’s nothing to fear, marketers and brands need to get their AI fundamentals in place in order to participate in AI’s exciting future.

This means having your data foundations in good shape so that you can have a clear view of your customers at an individual level. We can then start to think about the marketing outcomes we’re looking to drive and use AI as our enabler to build faster momentum toward them.

For example, do I know what my best and most profitable customers look like, and can I find some more exactly like that? Am I targeting incentives at the right customers or am I just taking a hit on margin for a spike in short-term transactions? Do I invest in brand or performance or both? How do I prevent valued customers from leaving?

AI in marketing isn’t simply about slotting in a piece of tech. It’s about enabling growth with greater levels of certainty at a pace that once seemed impossible. Predictive modeling, attribution, personalization: it’s all right at our fingertips if we take the time to get our foundations solid and start with the end in mind.