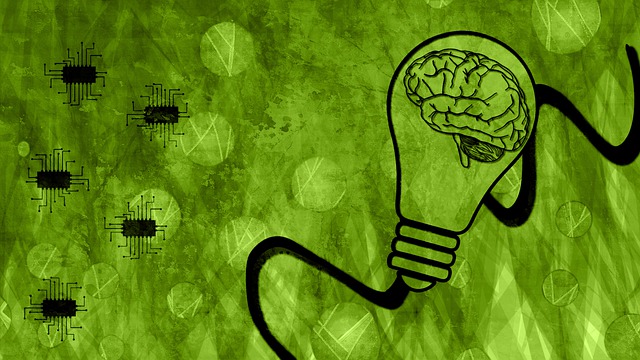 Artificial intelligence (AI) services can help companies analyze data, optimize their businesses, craft targeted ad campaigns, and even pilot autonomous machines and vehicles. That ongoing shift could enable the global AI market to grow at a compound annual rate of 40.2% from 2021 to 2028, according to Grand View Research.

But that secular trend can also be confusing, since too many companies rely on AI as a buzzword instead of a business model. So today, I’ll simplify that search process for investors by highlighting three reliable tech companies that will likely benefit from the long-term growth of the AI market.

Alphabet (NASDAQ:GOOG) (NASDAQ:GOOGL), the parent company of Google, generates most of its revenue from online ads. Those ads are powered by AI algorithms that target users based on their browsing habits, geographic location, and other personal data.

The effectiveness of those AI-powered targeted ads enabled Google to claim 28.6% of all digital ad spending worldwide last year, according to eMarketer. Meta Platforms, which owns Facebook and Instagram, ranked second with a 25.2% share.

Google also owns the world’s third-largest cloud infrastructure platform, which provides data storage, computing, and AI services to companies. Google Cloud’s growth notably offset the pandemic-induced slowdown of its advertising business in the first half of 2020, and it continues to expand as large companies migrate more of their data to public cloud services. It also continues to invest in next-gen technologies, like Waymo’s driverless cars, which could evolve into revenue-generating businesses in the future.

Alphabet’s advertising and cloud businesses are well-insulated from inflation, since they’re considered essential expenses for most companies. The company is also resistant to higher interest rates, since it’s firmly profitable, generates plenty of cash, and isn’t trading on rosy long-term forecasts.

Analysts expect Alphabet’s revenue and earnings to grow 39% and 85%, respectively, in 2021 as it laps easy comparisons to the pandemic. They expect its growth to decelerate in 2022, but it remains one of the cheapest FAANG stocks at just 26 times forward earnings.

In fiscal 2021 (which ended last January), Ambarella’s revenue and adjusted earnings dipped 3% and 52%, respectively, as the pandemic disrupted the auto sector and semiconductor supply chains. The Trump administration’s blacklist of Chinese security camera companies — some of which were Ambarella’s largest customers — exacerbated the pain.

However, Ambarella’s prospects improved in fiscal 2022 as the automotive market gradually recovered. Its security camera business in China also stabilized as new customers replaced its blacklisted customers, and it gained new customers in other countries.

Ambarella still faces supply chain constraints, but analysts expect its revenue and adjusted earnings to jump 49% and 376%, respectively, for the full year. Its growth should decelerate against those tough comps next year, but its core business should remain robust as companies install more advanced image processing SoCs and computer vision chips into newer cars, security cameras, and Internet of Things (IoT) devices.

Ambarella’s stock isn’t cheap at nearly 120 times forward earnings, but its early mover advantage and robust growth rates might justify that premium. Its low enterprise value of $7.2 billion could also make it a tempting takeover target for larger chipmakers that want to instantly increase their exposure to the image processing and computer vision markets.

Investors who think Ambarella is a bit too expensive should instead consider buying shares of Qualcomm (NASDAQ:QCOM), which trades at just 17 times forward earnings while paying a forward dividend yield of 1.5%.

Qualcomm is one of the world’s largest producers of mobile SoCs, which bundle together a CPU, GPU, and baseband modem for smartphone makers in a single convenient package. It also owns a massive portfolio of wireless patents, which grants it a cut of each smartphone sold worldwide.

Qualcomm is often considered a top play on the 5G market, since it profits from rising sales of 5G chipsets as well as higher licensing fees. But its chips also provide dedicated AI-processing services for phones, IoT devices, and connected cars.

Those robust growth rates, along with Qualcomm’s low valuation and decent dividend yield, make it one of the safest plays on the booming AI market today.

This article represents the opinion of the writer, who may disagree with the “official” recommendation position of a Motley Fool premium advisory service. We’re motley! Questioning an investing thesis — even one of our own — helps us all think critically about investing and make decisions that help us become smarter, happier, and richer.